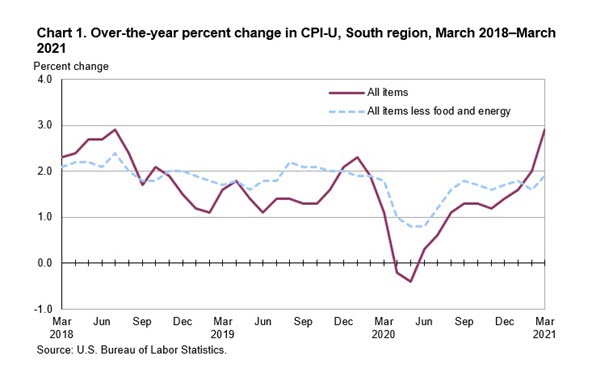 Whether you rent office space, a warehouse, or a retail store, your lease probably has language that ties rent you pay to the Consumer Price Index. The idea is meant to benefit only the landlord, making the rental income retains its purchasing power. The problem is that there is more than one Consumer Price Index and there are different ways to calculate each, so make sure your lease agreement contains language that is very specific. One example of lease language referencing the CPI is:

Method #1-All Urban Consumers (Current)-Consists of all urban households in Metropolitan Statistical Areas (MSAs) and in urban places of 2,500 inhabitants or more. Nonfarm consumers living in rural areas within MSAs are included, but the index excludes rural nonmetropolitan consumers and the military and the institutional population.

Method #2-Urban Wage Earners and Clerical Workers (Current)-Consists of consumer units with clerical workers, sales workers, protective and other service workers, laborers, or construction workers. More than one-half of the consumer units income has to be earned from these occupations, and at least one of the members must be employed for 37 weeks or more in an eligible occupation.

Method #3-All Urban Consumers (Chained)-The urban consumer population is deemed by many as a better representative measure of the general public because 90% of the country’s population lives in urban areas. Using chained CPI means the rate at which Social Security benefits tick up would be slower, because it reflects substitutions consumers would make in response to rising prices of certain items. Therein lies the “chained” part of the name. The metric utilizes a basket of goods and services that are measured changes from month to month; much like a daisy chain. If the cost of a certain form of transportation goes up, for example, people might switch to another kind. This kind of “substitution” is part of what is factored into chained CPI.

Method #4-Average Price Data-Calculated for specific items such as, household fuel, motor fuel, and food items from prices collected for the Consumer Price Index (CPI).  Average prices are best used to measure the price level in a particular month, not to measure price change over time.

What Is Included in the CPI

What Does The Release Of The CPI Tell Us

The Bureau of Labor Statistics, under the Department of Labor, releases the latest Consumer Price Index numbers, using the All Urban Consumers Index which increased 0.4 percent  in December 2020, but this was for only one month. The seasonally adjusted number for the last 12 months increased 1.4 percent, due to an 8.4 percent increase in gas.

Some prices increased while others decreased, which is why the CPI can be misleading. The indexes increased for food, energy, apparel and shelter; however, the indexes decreased for used cars and trucks, transportation and medical care.