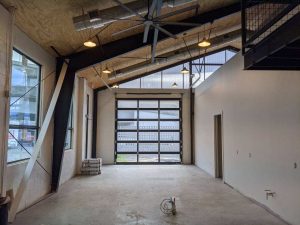 Citybusiness magazine recently reached out to Louisiana Commercial Realty broker Robert Hand, to gain insight into a new type of upscale office development in the heart of once was one of the roughest neighborhoods in New Orleans.

Broker Robert Hand conducted in-depth research into the needs of tenants who lease new office space when he completed the largest Class A office lease in New Orleans. Hand says, “We discovered there was an underserved market of millenials moving to New Orleans because they liked the culture and were starting their own businesses. We saw new business incorporation numbers rising sharply in businesses with less than 10 employees.” Hand says companies that compete for top talent need hip office layouts, which often include free break rooms, sofas and game rooms with pool tables.

Broker Hand says, “The smaller development will appeal to higher income architecture, engineer and tech employees looking to get away from downtown parking but not keen on being outside the city. This is a project that’s common in a techie city like Austin, Texas, but not something you’d see in New Orleans.” He expects similar smaller office developments to open in others areas of town such as Bywater and Uptown.

Read The Article In CityBusiness