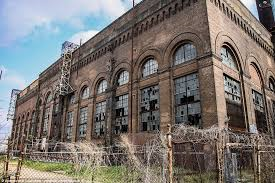 The Tax Cuts and Jobs Act of 2017 substantially reduced corporate taxes, from 35 percent to 21 percent. Some commentators and practitioners have voiced concerns about how the new tax law will affect demand for Low Income Housing Tax Credits (LIHTC), America’s primary mechanism for producing new housing. According to Dawn Luke, chief operating officer with Invest Atlanta, the lowering of the corporate tax rate continues to present challenges to the market in terms of LIHTC pricing, with credit prices being lowered by as much as 16 cents on the dollar for projects in the near-term pipeline. Luke says this means that several affordable housing projects could become bottle-necked as developers scramble to find subsidy to fill this gap. In addition, this firm expects that declining demand for LIHTCs will generate 20,000 fewer low-income housing units a year, a roughly 15 percent decline.

It’s worth taking a few moments to review how the LIHTC actually works. The LIHTC program, created as part of the Tax Reform Act of 1986, allows developers to receive tax credits in exchange for committing to rent their units for 30 years to households earning less than 50 to 60 percent of the area’s median income. Private developers apply to receive an LIHTC subsidy through their state housing authorities, and are allocated a subsidy equal to a percentage of construction and eligible soft costs. Developers awarded an allocation receive a 10-year annuity of nonrefundable tax credits that they can use to offset positive future federal income tax liability. For example, through the program, the developer of a $10 million apartment building could receive up to $1.17 million a year for 10 years. (This assumes that the developer would receive a 9 percent allocation and the project would be located in either a sufficiently low-income neighborhood or a high-rent metro area.)

Due to the rental restrictions, it is virtually impossible for LIHTC properties themselves to generate enough tax liability to claim the full value of allocated tax credits, so developers need to have either sufficient other federal income tax to offset or the income tax of a limited partner. These outside investors, usually organized through a partnership called syndication, would contribute a fixed dollar amount to the developer upon completion of the subsidized property in exchange for 99.9 percent of the equity, including allocated tax credits, of the project. The allocated tax credits themselves offer a dollar-for-dollar reduction in future tax liability, so changing the corporate tax rate does not directly reduce their statutory value.

First, the recent tax cuts reduce the pool of firms with sufficient tax liability. If a business has less tax liability than it has tax credits, that business would effectively leave money on the table. The business would have to at least wait until it had enough tax liability to claim the subsidy. Several past investors in LIHTC properties, including Fannie Mae, learned firsthand how illiquid their LIHTC investment actually was after the 2008 financial crisis. With the lower corporate rate and other favorable provisions that are coming out of the new tax law, some firms that previously may have found the investment profitable may well reconsider. Even firms that expect to have large profits may now have greater uncertainty about their future taxes as they work through the 1,100-page bill. The increased risk could cause firms to value less any future reductions in their tax liability.

The owner of an LIHTC project, like owners of all residential buildings, gets to deduct the building’s depreciation over a 27.5-year schedule. These depreciation allowances, coupled with LIHTC rental restrictions and relatively high operation costs due to compliance with those restrictions, often result in large expected tax losses that go beyond the allocated tax credits. For example, the $10 million apartment building mentioned above would be expected to generate more than $290,000 in depreciation allowances a year that outside investors not limited by passive-loss restrictions (such as C corporations) could use to offset other taxable income. The reduction in the corporate rate from 35 percent to 21 percent would lead to about a $626,000 decrease in outside investors’ willingness to pay developers for those deductions under reasonable assumptions. (A potential headache is that depreciation allowances are subject to recapture if the project is eventually sold for more than tax basis. This provision rarely needs to be enforced.) This represents a 5.9 percent reduction in the overall valuation of the investment, which could require additional debt on the property and perhaps make some projects no longer feasible.

At the same time, lower taxes should expand the supply of market-rate housing. Only a small fraction of low-income households occupies newly built, rent-capped homes produced under the LIHTC. Most of these households use their own earnings or HUD vouchers to pay the market rents for older, existing apartments. A recent study by Stuart Rosenthal in the American Economic Review showed that while newly constructed units are often unaffordable for most households, they eventually supply the majority of future low-income affordable housing. This “filtering down” occurs as a result of physical depreciation or shifts in style or location preferences. If lower taxes generate new market-rate construction—and thus increase the aggregate supply of housing—these lower taxes should lower rents throughout the market or increase landlord participation in HUD voucher programs.

How To Save The Affordable Housing Program

The Preserve Apartments now stand where a previous industrial site once produced hot sauce. New Orleans worked with developers to change the zoning code and today the apartments are in high demand.

Eriksen and Lang suggest two changes to the LIHTC program that would increase the supply of affordable housing produced under the program without increasing tax expenditures. The first, and most immediate, would be simply to make the allocated tax credits through the LIHTC program refundable, because uncertainty about future tax liabilities reduces both the pool of otherwise eligible investors and the market value of allocated tax credits. Making this change would also give some developers at least the option of claiming the credit themselves rather being forced to partner with outside investors. The second change would allow developers to claim an actuarially equivalent subsidy over a shorter time period than the currently required 10 years. Developers and LIHTC investors are thought to have a much higher cost of capital than the federal government. In the extreme, allowing developers to claim the full value of refundable tax credits when projects are completed would give them the greatest flexibility in financing their projects.

Increasing the supply of housing affordable to low-income families could be achieved using other policies that focus on reducing other barriers to increasing housing production, like state and local zoning laws that limit the location and density of multifamily housing.

For more information on tax credits, read our articles: