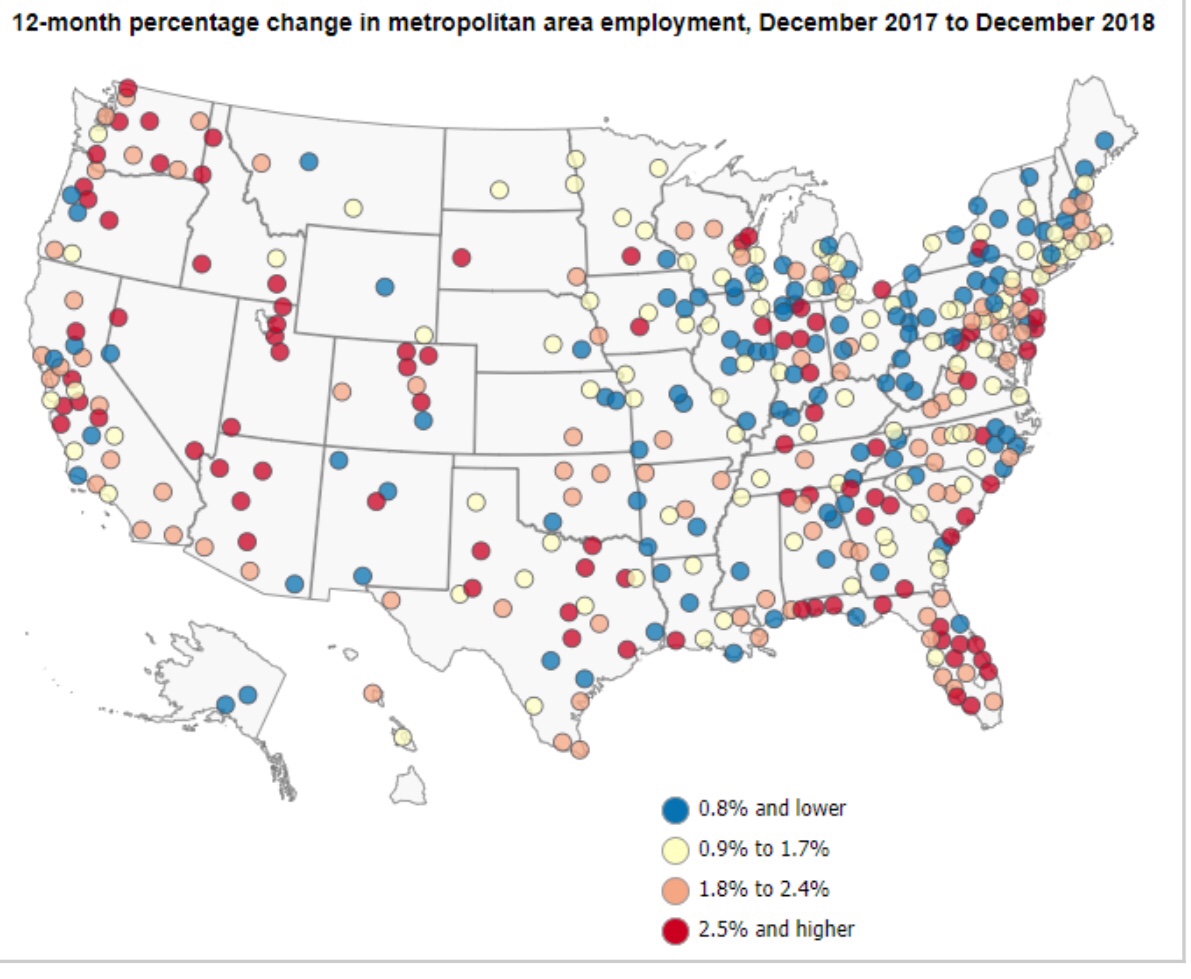 Over the last 12 months, only the large cities with population exceeding 1,000,000 experienced healthy employment gains, according to the latest numbers released by the Department of Bureau and Labor.

The largest over-the-year percentage increases in employment in these large metropolitan areas occurred in:

The map above shows the cities with employment growth at the bottom of the barrel.

In Louisiana that includes:

In Mississippi, the worst cities are:

Notice the map of worst cities is concentrated in the Northeast, mainly Pennsylvania, Ohio, Indiana, Michigan and Wisconsin. It is no coincidence that these states with declining opportunity have angry voters looking for someone just as angry to lead them out of a poor economy with promises of bring back the economy.

Nonfarm payroll employment increased over the year in 16% for the 388 metropolitan areas with 84% of the cities unchanged over the last year in growing their employment. The largest over-the-year percentage gains in employment occurred in: