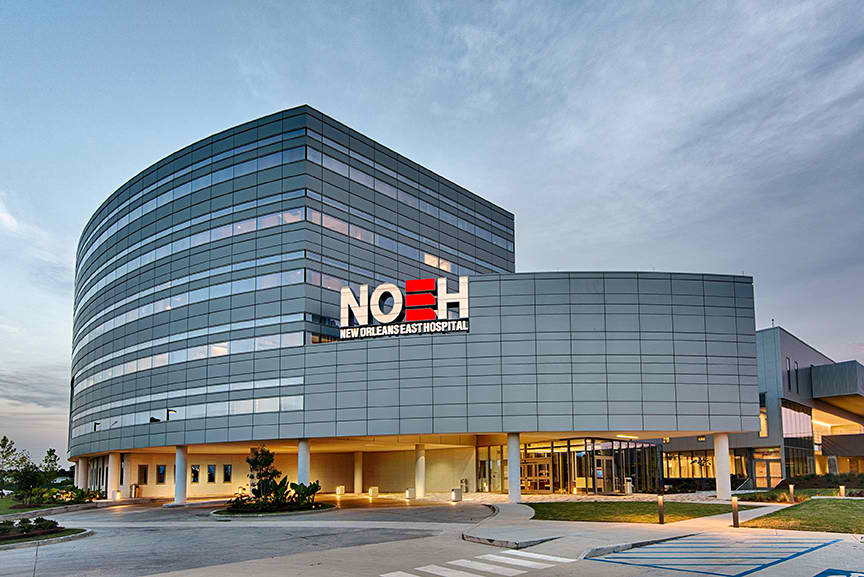 Louisiana Commercial Realty recently helped Dr. Rashonda Dean, Tulane University graduate and OB-GYN, open a new office in New Orleans East to provide badly needed women’s health care services to the 60,000 people in the area. Dr. Dean has admitting privileges at Touro University and is one of 49 doctors there who specialize in Obstetrics and Gynecology, but she is the only Touro doctor to have an office in New Orleans East.

Health care is improving in New Orleans East. Recently, the 60 bed New Orleans East Hospital, at a cost of $130 million opened to provide services in cardiology, colonoscopy, and orthopedics; however, the only women’s services offered are mammography, ultrasound, bone density and general surgery. Where do women go when they need to deliver a baby?

Robert Hand, president of Louisiana Commercial Realty, explains how his company helped: As a commercial real estate broker, we have been working to revitalize New Orleans East for a decade now, and every day we fight the misperception that New Orleans East is not a good place to open up new businesses. The reality is that existing businesses are adding locations and new businesses are opening up, taking advantage of lowest rent rates and lowest prices on commercial property for sale. We helped Dr. Dean purchased a 4,000 square foot building at 5437 Crowder Boulevard, in great condition and ready to open as a doctor’s office, for $175,000 and the same building in Metairie which averages $100 to $160 per square foot for office property, would have cost at least $400,000. New businesses are doing very well on Crowder, Read and Bullard, including a new Wal-Mart, Planet Fitness, Pizza Hut, Family Dollar, Dollar General, and CVS. As part of our marketing campaign, we reached out to professionals in the insurance, financial and medical industries. Since The New Orleans East Hospital does not provide services to deliver babies, we like the idea of OB-GYN Dr. Dean providing women’s health care to the area. New Orleans East has a population of 60,00 people with 28,000 households averaging $42,000 annual income, and these are the workers in retail stores, restaurants and hotels that drive New Orleans’ economy. Louisiana Commercial Realty is proud to do our part is improving women’s health in New Orleans East.