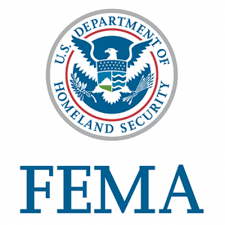 In addition to the loss of life, jobs, savings, and disrupted families, the victims of Hurricane Harvey will have to deal with the loss of their property and the numbers are staggering. Satellite maps from Reuters show 30,000 properties flooded valued at 23 billion, with 26 percent land only but 74 percent are homes and commercial properties including shopping centers, office buildings and warehouses. The University of Colorado research shows flooding in Harris County over 231 square miles and 51 square miles in Galveston County.

There has not been any flooding in Houston in 16 years, and homeowners without mortgages or homeowners outside the 100 year flood zone do not have to carry flood insurance. Estimates of damage are starting to come in and, combining residential and commercial property damage, the total could exceed $100 billion. Previous flooding disasters according to the National Oceanic and Atmospheric Administration estimate Hurricane Katrina in 2005 caused $160 billion in damage, Hurricane Sandy in 2012 caused $70 billion, and Hurricane Ike in 2008 caused $34 billion.

Houston is the 6th largest Metropolitan Statistical Area in the United States and has 12,000 commercial properties in 433 million square feet inside the flood plain, including:

Southwest Houston is where most of the commercial property is flooded, with 30 percent of the 66,000 apartment units impacted. Within Southwest Houston, the Braeburn, Greater Fondren and Sharpstown neighborhoods have the highest number of units that are in the 100-year floodplain. Each of these neighborhoods borders Brays Bayou which snakes through southwest Houston and has overflowed as a result of the 50 inches of rain. Of the $55 billion at risk, apartment assets account for $16 billion, including $6.8 billion in the 100-year floodplain. There are 3 apartment properties in this area that are valued at $100 million each.

The most impacted office submarket is Greenspoint, with 3.5 million square feet within the flood plain, and already experiencing high vacancy rates since 2015 when ExxonMobil left the area.

In addition to the flood water, more water is coming from a nearby reservoir, released through Buffalo Bayou by The Army Corps of Engineers  to prevent the earthen dams supporting these reservoirs from failing. The Bayou runs west to east and crosses through Woodlake, River Oaks, the Energy Corridor, Memorial Park, Briarforest, and Uptown Park. There are approximately 117 buildings totaling 17 million square feet within 1,500 feet of the bayou, and more than 2.5 million square feet of mostly office space in the Energy corridor and Post Oak neighborhoods is at high risk since it is located within the 100-year floodplain.

For more information on Flood Zones, read our article Everything You Need To Know About Reading a Flood Map

For our article and spreadsheet on flood repair costs, read  What To Do the First Day Back In Your Flooded Home