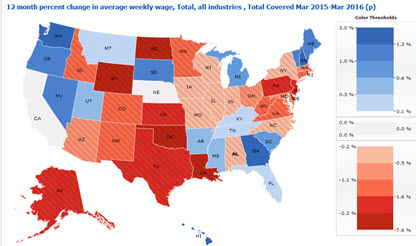 Whether you rent office space, a warehouse, or a retail store, your lease probably has language that ties rent you pay to the Consumer Price Index. The idea is meant to benefit only the landlord, because the rental income retains its purchasing power. The problem is that there is more than one Consumer Price Index and there are different ways to calculate each, so make sure your lease agreement contains language that is very specific. One example of lease language referencing the CPI is:

The rental under this lease shall be four ($4.00) dollars per square foot for the first twelve (12) months, with annual adjustments tied to the Consumer Price Index (published by the Bureau of Labor Statistics, All Urban Consumers, Current Series, Index) for the previous calendar year period.

What Is Included In The CPI

What Does Yesterday’s Release Of The CPI Tell Us

The Bureau of Labor Statistics, under the Department of Labor, released the latest Consumer Price Index numbers yesterday, using the All Urban Consumers Index which increased 0.2 percent  in August, but this was for only one month and it was not seasonally adjusted. The seasonally adjusted number increased 0.3 percent, the largest increase in 6 months, due to increases for shelter and medical care.

Some August prices increased while others decreased, which is why the CPI can be misleading. The indexes increased for motor vehicle insurance, apparel, communication, and tobacco; however, the indexes decreased for used cars and trucks, household furnishings and operations, recreation, and airline fares. 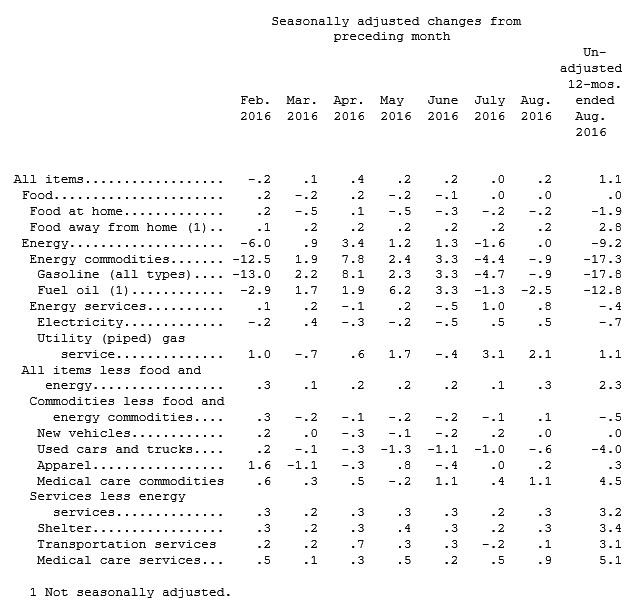 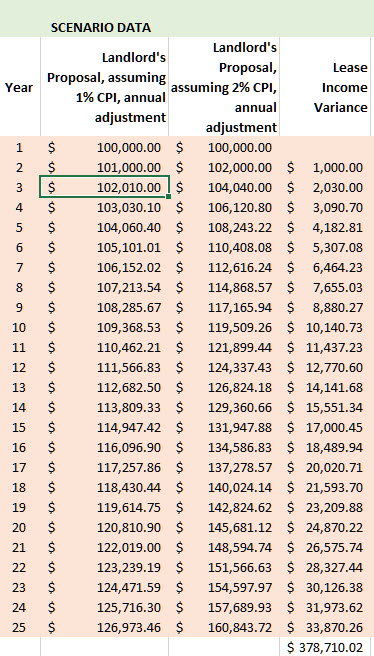 Free Lease Consultation: If you have questions about a lease document, Louisiana Commercial Realty offers a free lease review, which includes an analysis of nearby rental market prices.

For more information on leases, read these articles published on our website: