Louisiana is second in the nation in refinery capacity and has 112,000 miles of pipeline carrying crude oil and natural gas, so will the collapse in the price of oil also cause a collapse in Louisiana’s economy?

Uncle Jed Missed The Rabbit and Hit Oil Only Once

In the early days of Merrill Lynch, a new stockbroker overheard a breaking news report that hydrocarbons were discovered off Louisiana’s coast in the Gulf of Mexico, causing the novice to blurt out, “I thought they were looking for oil.”

Gone are the days of gushing oil wells because the new technology of fracking has reduced oil prices by increasing supply, which has caused oil prices to plummet. The price of oil fell over 50% from 2014 to March 2015, then bottomed, rallied some, but is still down 40% over the last year. 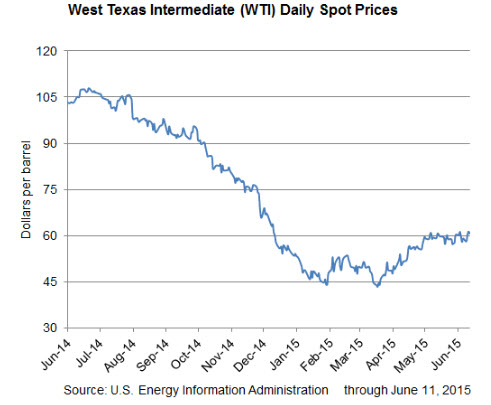 How Much Does Oil Contribute To Louisiana’s Economy

Oil only accounts for 12 percent of Louisiana’s real gross domestic product, but that still adds up to $73 billion. And for every job lost in the oil patch, there are on average 3.4 jobs affected in other industries inside Louisiana. The 40% drop in oil price over the last year correlates to a drop of 4,000 people on the payroll in the goods-producing sector. 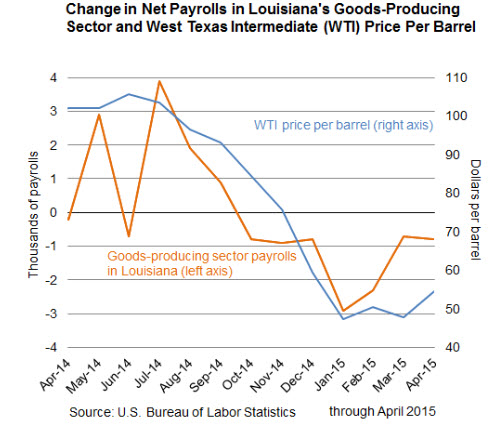 Consumers should batten down the hatches and prepare for a storm. Businesses should delay capital expenditures and long term hiring until the storm clears. After the down cycle loses steam, jobs will stabilize and strong businesses can take advantage of opportunities.

Do you make policy for your company? View this podcast “Oil Prices and the Economy” by the Atlanta Federal Reserve.

For more information on economic drivers in the 10 parish area around New Orleans, read our article, Which Industry Drives Louisiana’s Economy, Oil or Tourism?