Louisiana first encouraged the movie industry to come here in 2002, when the legislature passed the Motion Picture Tax Credit Program, but it didn’t catch on until we beefed it up in 2005, and this year the incentives are producing spectacular results.  In the 63 years before the incentives were created, 52 movies were made, including the favorite Easy Rider in 1969; in the 13 years after, 295 movies were made. In 2015, we are on track to produce 36 movies, about the annual average the last 6 years. 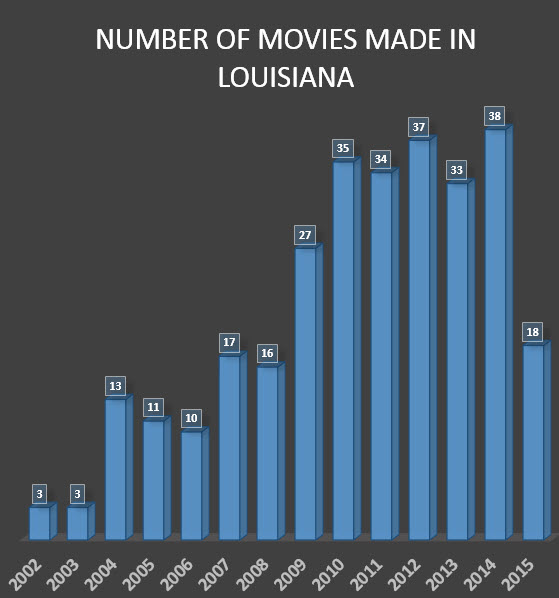 What Are The Incentives That Created A New Industry

The Motion Picture Tax Credit Program offers a 30% rebate on spending inside Louisiana, and an additional 5% for hiring Louisiana residents. Many banks and law firms broker these tax credits which can be sold to investors and used to offset Louisiana income taxes, either corporate or personal. So Tom Benson, or Shell Oil, who pay large amounts of state income taxes, can buy these tax credits for a fraction of the value, and use them to pay their taxes. Donald Trump, not so much.

The money they pay for the tax credits goes to the movie company as cash which they use to finance the movie. So it lowers the cost of the movie, which encourages them to come to Louisiana. For example, at the premier for the movie, RAY, about Ray Charles and starring Jamie Foxx, producer Taylor Hackford said he strongly considered making the movie in Canada, but switched to Louisiana because of the tax incentives.

They Shoot Movies in Lafayette, Don’t They?

So what did Louisiana do with this new wealth? Representative Joel Robideaux from Lafayette terminated its growth by introducing a law putting a cap on tax credits of $250 million. The law went to the governor for signature last week. To see how your legislator voted, see the legislature website vote.

Spending In Louisiana By Movie Companies By Year 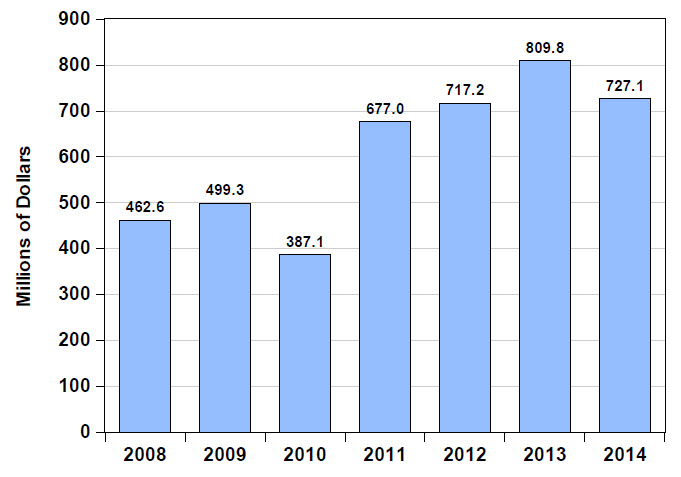 These movies are in the works for this year:

These movies were made previously:

For more information on what drives our economy, click on these articles: