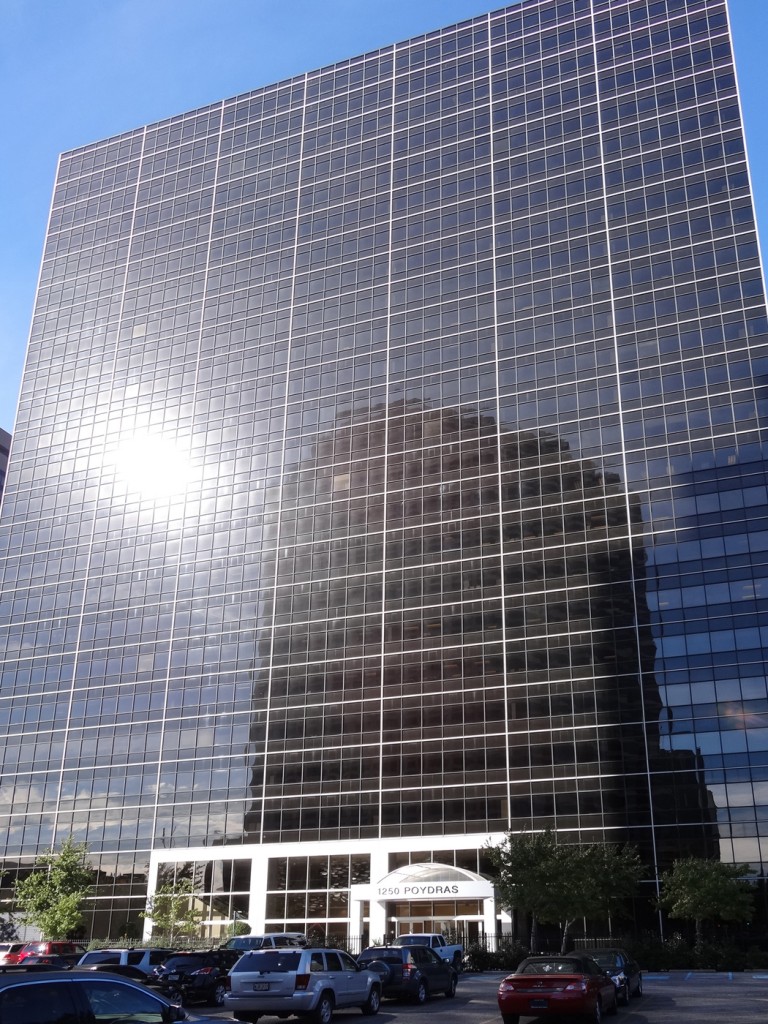 The largest contiguous Class A office tower space available in New Orleans’ Central Business District is being converted to a Hyatt Hotel, according to Robert Hand, president of Louisiana Commercial Realty, LLC, who marketed the 56,000 square feet on three floors at the 1250 Poydras Office Tower, located on the corner of Loyola Avenue and Poydras Street, in downtown New Orleans. The 56,000 square feet on floors 11, 12 and 13 will be combined with existing empty office space on floors 14 through 17, and converted to 194 hotel rooms totaling 134,000 square feet on seven floors and expected to be open for business in 2015.

ENI Petroleum in April 2007 spent $4.7 billion to purchase Dominion Resources who in July 2007 leased five full floors because their space in Dominion Tower at 1450 Poydras Street was unavailable due to Hurricane Katrina. ENI Petroleum eventually moved their employees to Houston, Texas, and the space has been vacant since. Dominion Tower was purchased by Tom Benson, owner of the New Orleans Saints, in September 2009, who renamed it Benson Tower.

ENI initially hired a local real estate firm to find a tenant for the vacant space, but after a year they were still unsuccessful in subleasing the space so they brought in Louisiana Commercial Realty who is known for using sophisticated strategies to market complicated commercial real estate. “The space was strategically located in the center of all the new and exciting activity in downtown New Orleans. There’s more activity in this area than anywhere else in downtown New Orleans due the $200 million dollar South Market development,” said Robert Hand, president of Louisiana Commercial Realty. “We promoted the space both locally and nationwide, utilizing sophisticated marketing strategies and negotiated a lease buyout which saved our client over $2.5 million dollars. Our research showed the space had what appraisers call a ‘higher and better use’. It just makes economic sense, but it is out-of-the box thinking”.

Hand says, “Our research also showed that of the 9,000,000 square feet of Class A CBD office space, over 1,000,000 square feet of Class A CBD office space is for lease and half of that is full floor space. With the thriving New Orleans tourism-based economy, there is more demand for hotel use than for full floor Class A office space, so we focused on that target market. Since there was an October 2018 expiration to the original lease, we implemented our expedited marketing strategy which included creating a detailed 20 page marketing presentation, pushing it to 2,900 SIOR and 9,500 CCIM’s who are the top commercial real estate agents in country, and connecting with 30,000 commercial real estate brokers and site selection managers and 40,000 office leasing brokers to promote the property. We partnered with Duff & Phelps to reach out to targeted companies who might come to New Orleans to take advantage of the tax incentives. Once we secured an interested party, we drafted and negotiated a lease buyout, saving our client millions in lease expenses. The savings can make an impact to their bottom line and their stock price.”

The seven floors of office space will be converted to hotel space and operated by Select Hotels Group, LLC, an affiliate of Hyatt Hotels. The 1250 Poydras building has walkway access to the existing Hyatt Hotel at 601 Loyola Avenue and has access to covered parking, creating synergies between the previous office space and the existing hotel space. The cost of the conversion will be financed by a $120,000,000 loan from Starwood Property Mortgage, LLC, a subsidiary of Starwood Property Trust, the nation’s largest commercial mortgage real estate investment trust with a $5 billion capitalization (symbol STWD). The loan is guaranteed by a 60 year lease from the building owner, Poydras Properties, to Waypoint NOLA, LLC.

Louisiana Commercial Realty LLC is renowned for its creative problem solving in marketing high value, complicated commercial properties. President Robert Hand is the only commercial real estate broker in Louisiana with an MBA and the CCIM and SIOR designations.