The supply of office properties for lease in Orleans Parish has grown over 8.85% annually the last three years, with 1.9 million square feet in 286 properties averaging a lease of four properties per month at $15.62 per square foot. But that doesn’t tell the whole story about the trend of the office market in Orleans Parish. By using pivot tables, we can drill down into the data and determine the real trend.

The chart below shows the monthly number of properties available for lease since 2011 in Orleans Parish, with an increase in 2011 of an average of 261 properties to an average of 331 in 2013. 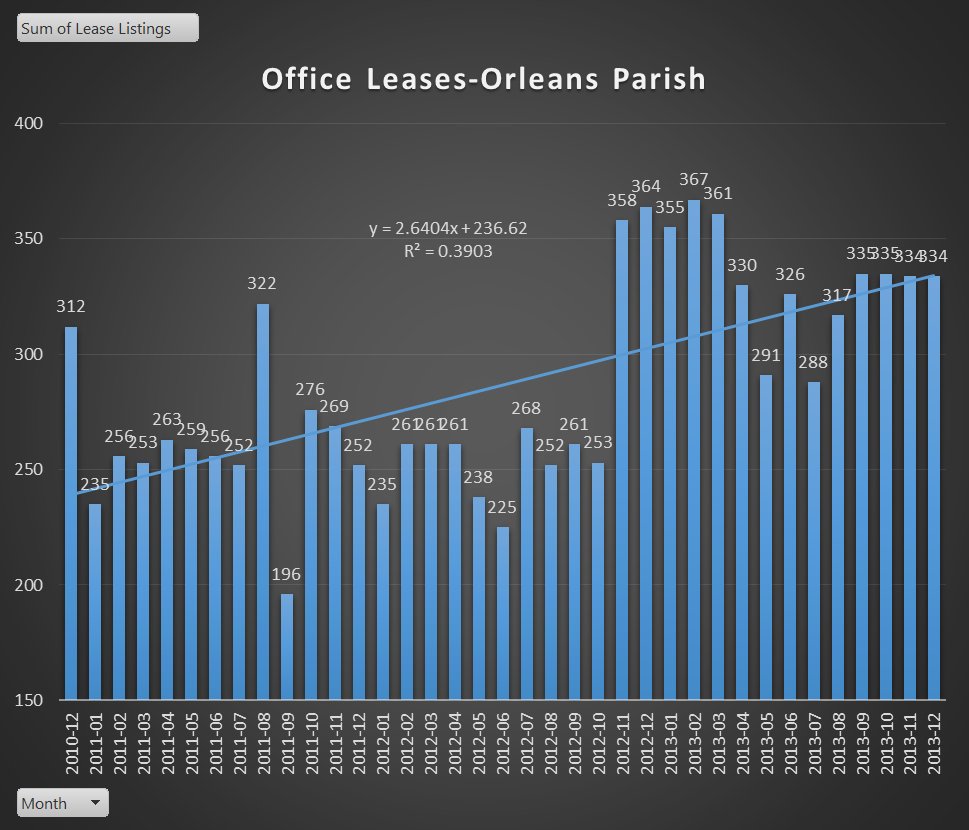 Chart of Properties Leased and Prices Since 2011 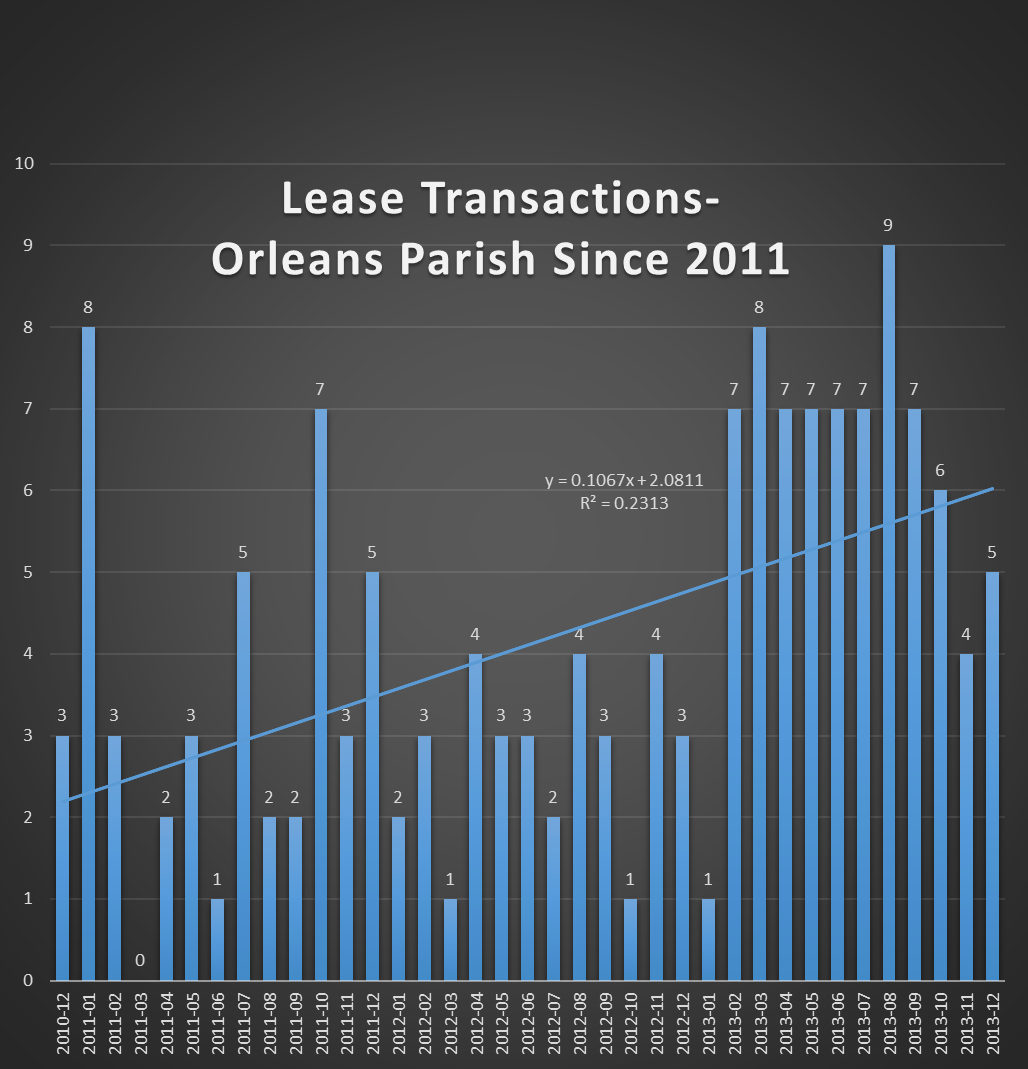 Chart of Price of Lease Properties In Orleans Parish Since 2011 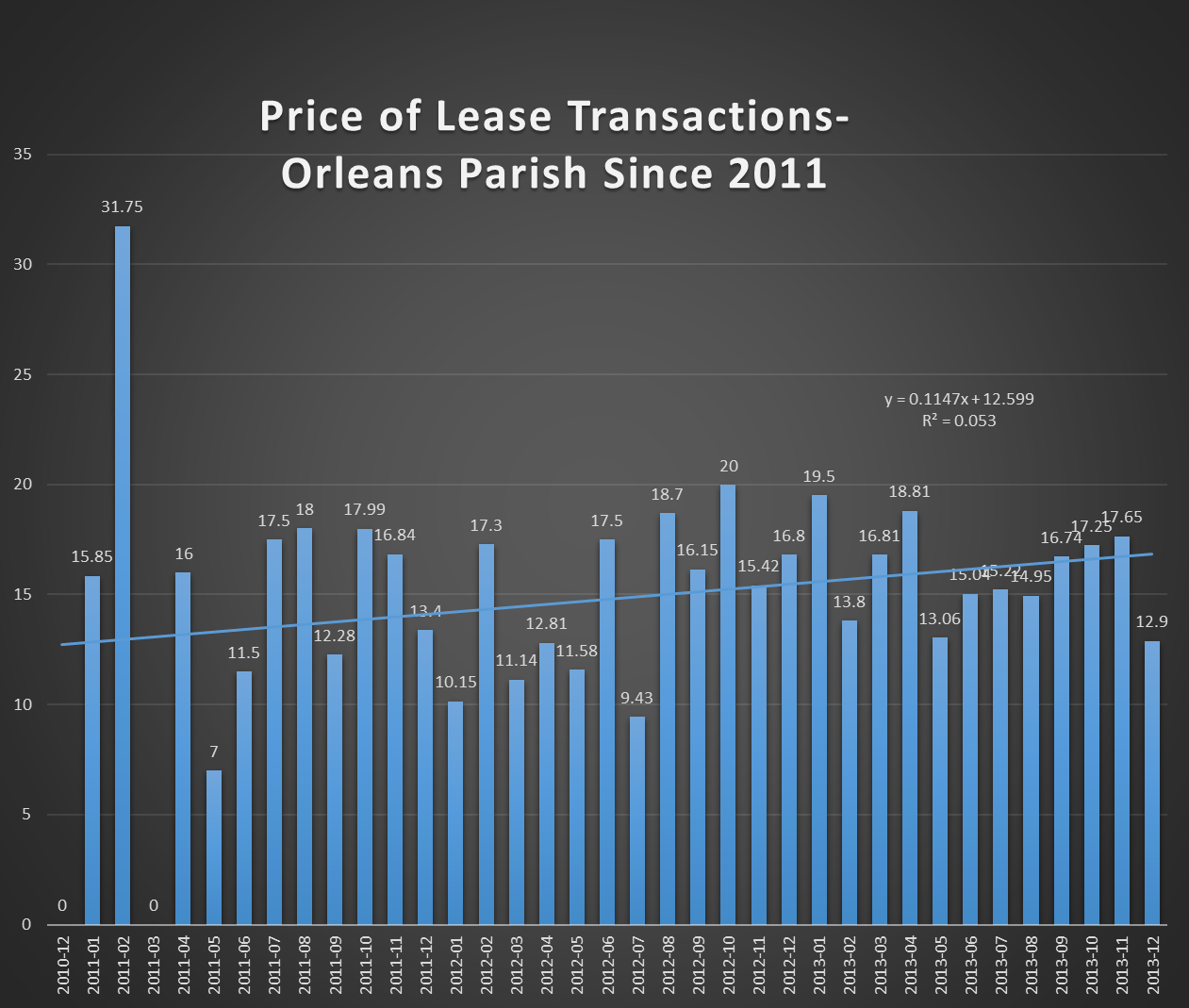 The population of office properties for lease encompasses a variety of classes within Orleans Parish. The Building Owners & Managers Association uses the following definitions:

Class C-Buildings competing for tenants requiring functional space at rents below the average for the area.

The highest quality office space, and the most expensive, is Class A office tower space in downtown New Orleans, which currently ranges from an asking price of $16.50/sf to $18.50/sf, with up to $30/sf in tenant improvement allowances for long term leases. The table below shows Class A office space for lease exceeding 17,000 square feet, which is usually one complete floor. 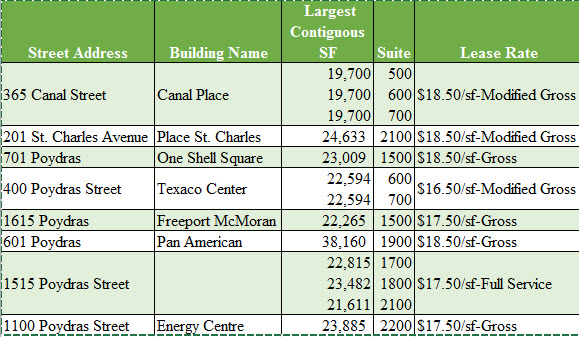 class a office space for lease

Comparing the lease market in New Orleans, which includes Orleans and Jefferson Parishes, to other markets such as the entire state, the metropolitan area, and Orleans Parish, the chart below shows a decline in prices the last 3 months in all areas, with the state of Louisiana averaging a list price on office space of $15.29/sf and the other areas ranging from $16.23/sf to $16.45/sf.

Chart of Asking Lease Prices In Various Areas In Louisiana 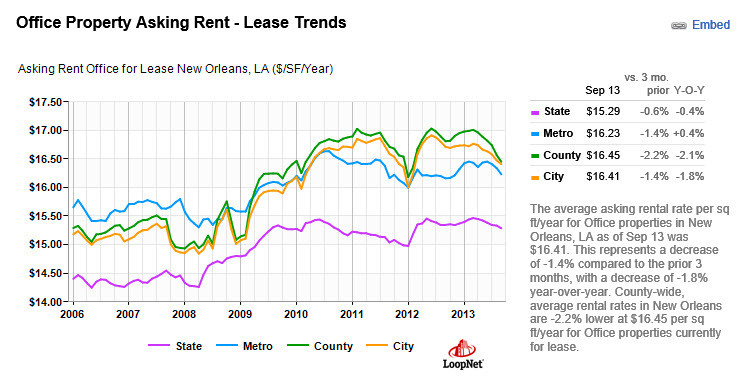