While the average occupancy of Class A office space in Metairie is 94% and in New Orleans CBD is 88%, why are tenants leaving Metairie to lease space in downtown New Orleans and why are some Class A CBD buildings experiencing occupancy as low as 60%? This analysis answers those questions with graphs of the latest information on the office market in the New Orleans area. 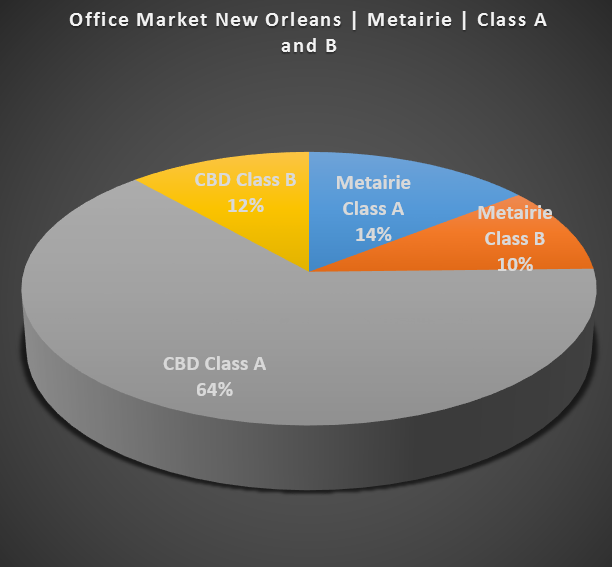 The office market can be categorized into class A and class B for New Orleans and Metairie. Marshall and Swift and the Dictionary of Real Estate Appraisal, used by commercial property appraisers, describes class A as “high quality, well-designed, using above average materials and sought by investors and tenants since it is well maintained and managed, with above average rents, making them the most desirable buildings in the market”. Class B buildings are defined as “offering useful space without special attractions, and while not unique, have functionality and good layout, with average rents and average to good management and maintenance, and are typically 10 to 50 years old and do not compete with class A buildings at the same price”.

The Metairie class A office market is larger than the class B, with rents averaging $23.56 compared to $18.72. 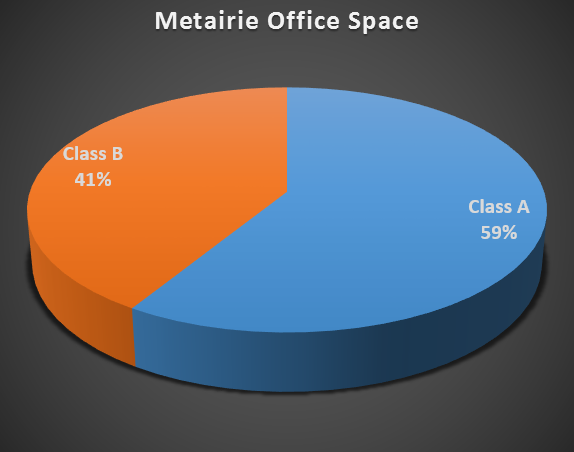 pie metairie office class A vs. B

The New Orleans office market tells a different story, with class A five times the size of the class B market, with rents averaging $18.59 compared to $16.51. The lower class A rent rate is causing tenants to move from Metairie to downtown New Orleans. 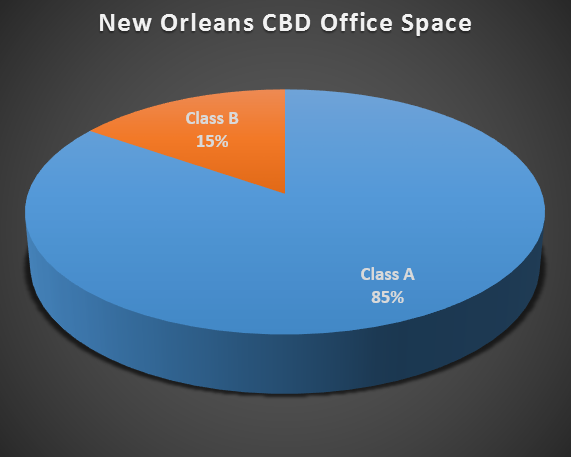 pie CBD market class A vs. B

Lots of Office Space Is For Lease 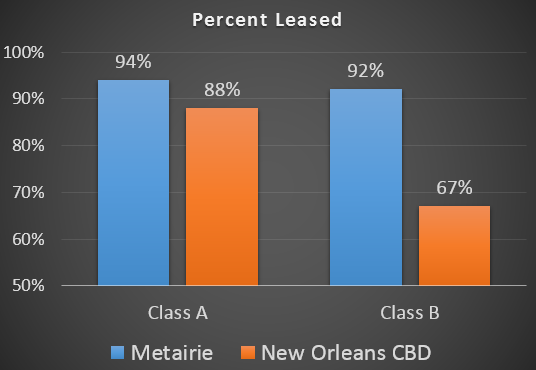 Of the 1,019,000 square feet of CBD class A office space, 451,000 is composed of full floor space which takes longer to lease because it requires a company with at least 50 employees looking to move. In 2013, only three companies leased large full floor office space in CBD class A buildings, and only one of the three leased new space, with the other two large spaces leased due to a move from a previous CBD class A space or due to a renewal. 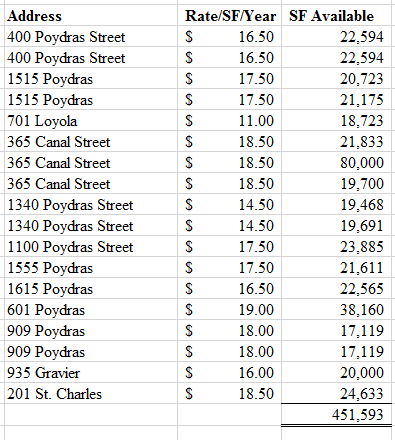 The New Orleans market is five times larger than the Metairie class A market. 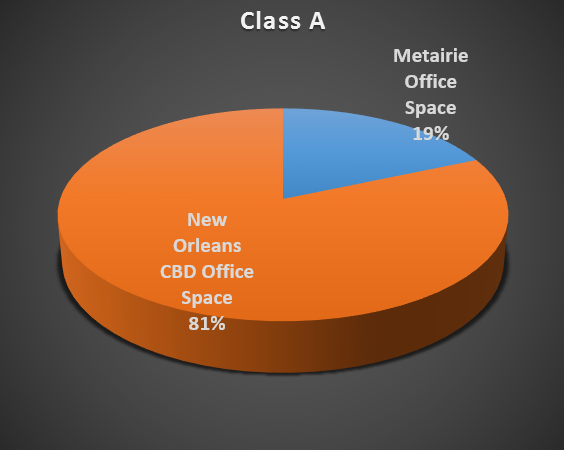 Not All CBD Class A Office Towers Are The Same

Even though the average occupancy rate for class A New Orleans CBD office space is 88 percent, there is a wide dispersion about the mean. The highest occupancy goes to 1450 Poydras Street, owned by Tom Benson, which is 97 percent leased with tenants like the State of Louisiana as part of his negotiations as owner of the New Orleans’ Saints. 701 Poydras enjoys 96 percent occupancy due to 600,000 square feet leased to Shell Oil Company. The lowest occupancy rate of 60 percent falls to 1250 Poydras Street, who suffered a departure of FEMA and a major oil company’s move to Houston. 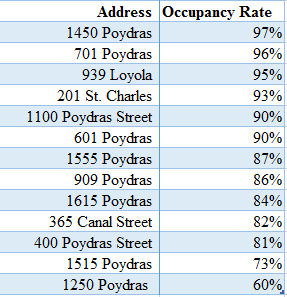