While the number of people out of work in Louisiana is one of the lowest in the U.S., the biggest city in Louisiana suffers from a decline in jobs, not just since Katrina, but going back at least twenty years.

The actual number of people employed in the New Orleans area is lower than it was twenty years ago, according to The Bureau of Labor Statistics, which tracks employment in each state and further breaks down the employment into Metropolitan Areas such as New Orleans. 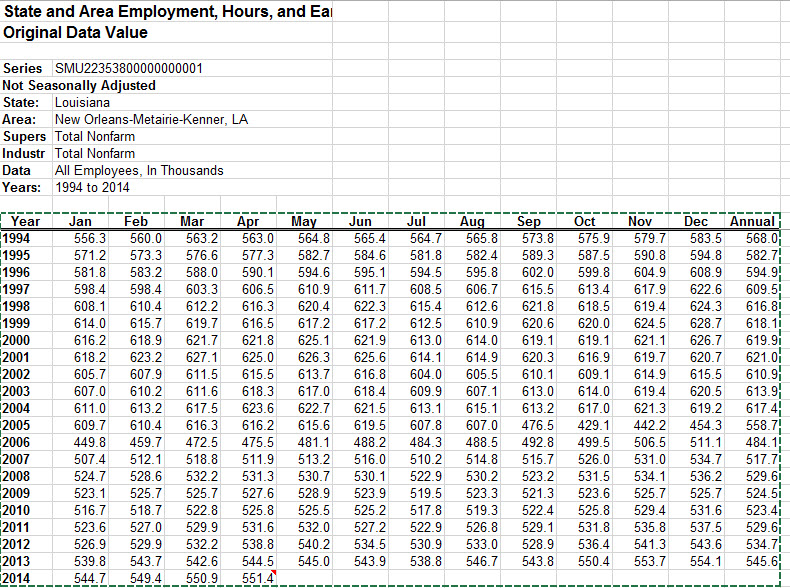 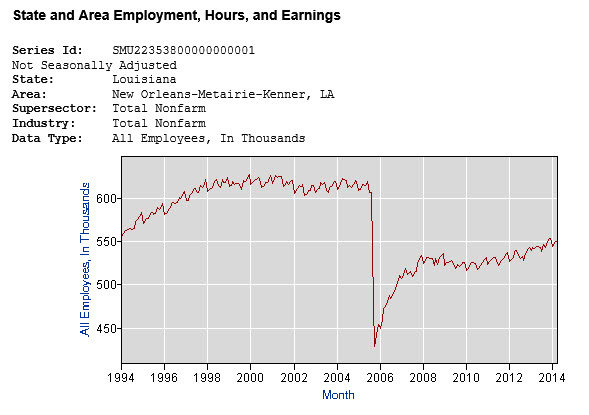 Employment Compared To The State of Louisiana 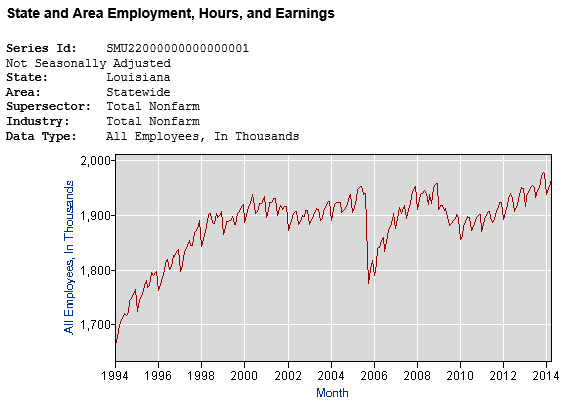 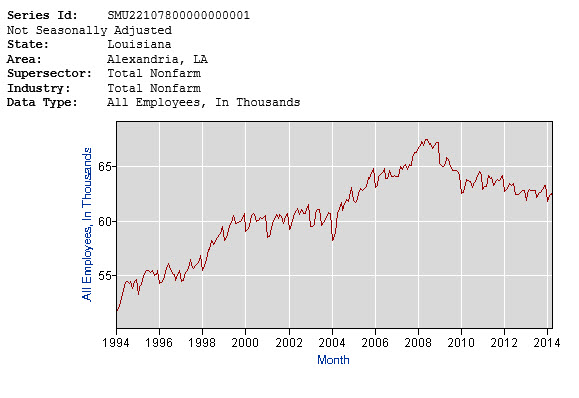 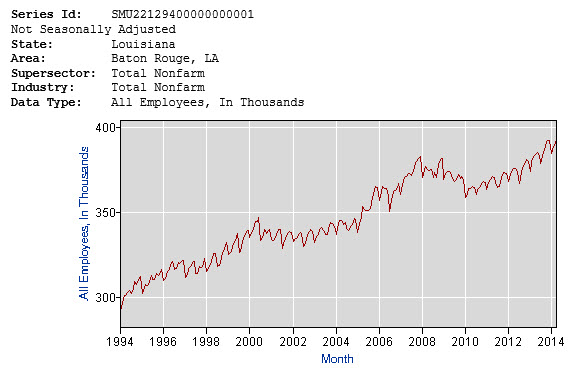 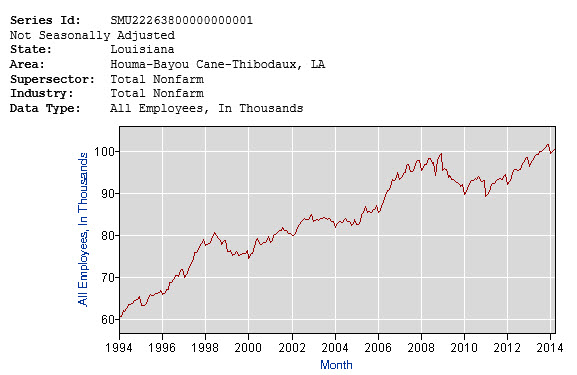 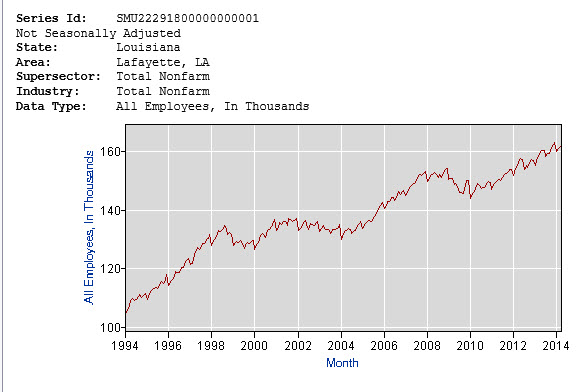 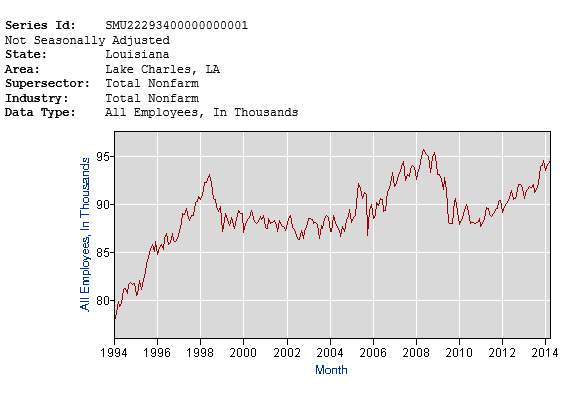 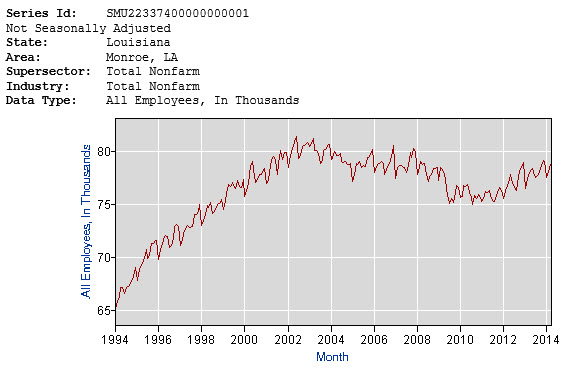 monroe employment over the last 20 years 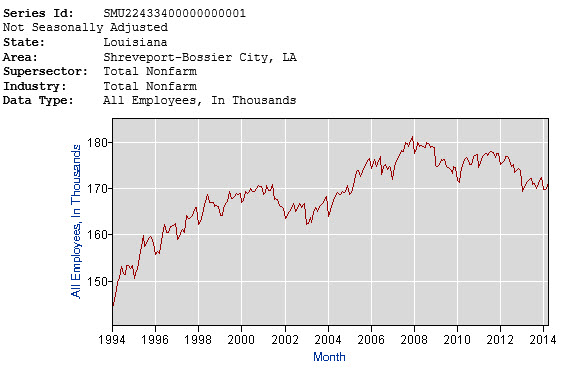 Growth of Employment The Last 12 Months

Even through the state of Louisiana currently reports one of the lowest unemployment rates in the nation at 4.5 percent, not all areas of Louisiana have grown their employment the last 12 months. For example, Shreveport suffers from a reversal of the Haynesville Shale boom, and Alexandria experienced the largest decline at 0.6 percent. The biggest improvement in employment the last 12 months has been in Lake Charles, followed by Houma, Baton Rouge and Lafayette, as shown in the chart below. 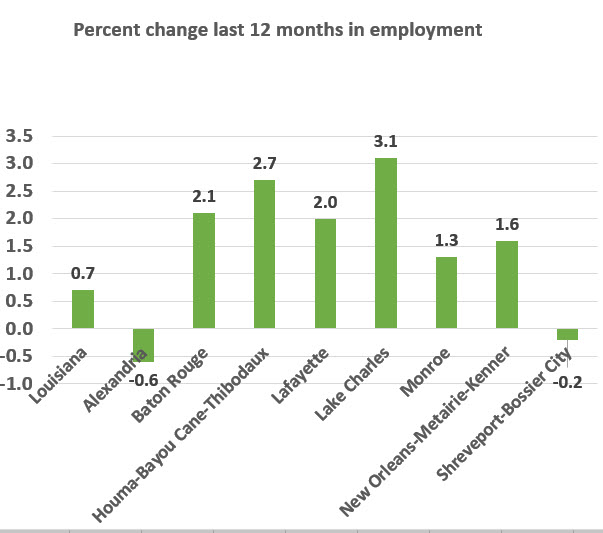 All data is current and from the Bureau of Labor Statistics.