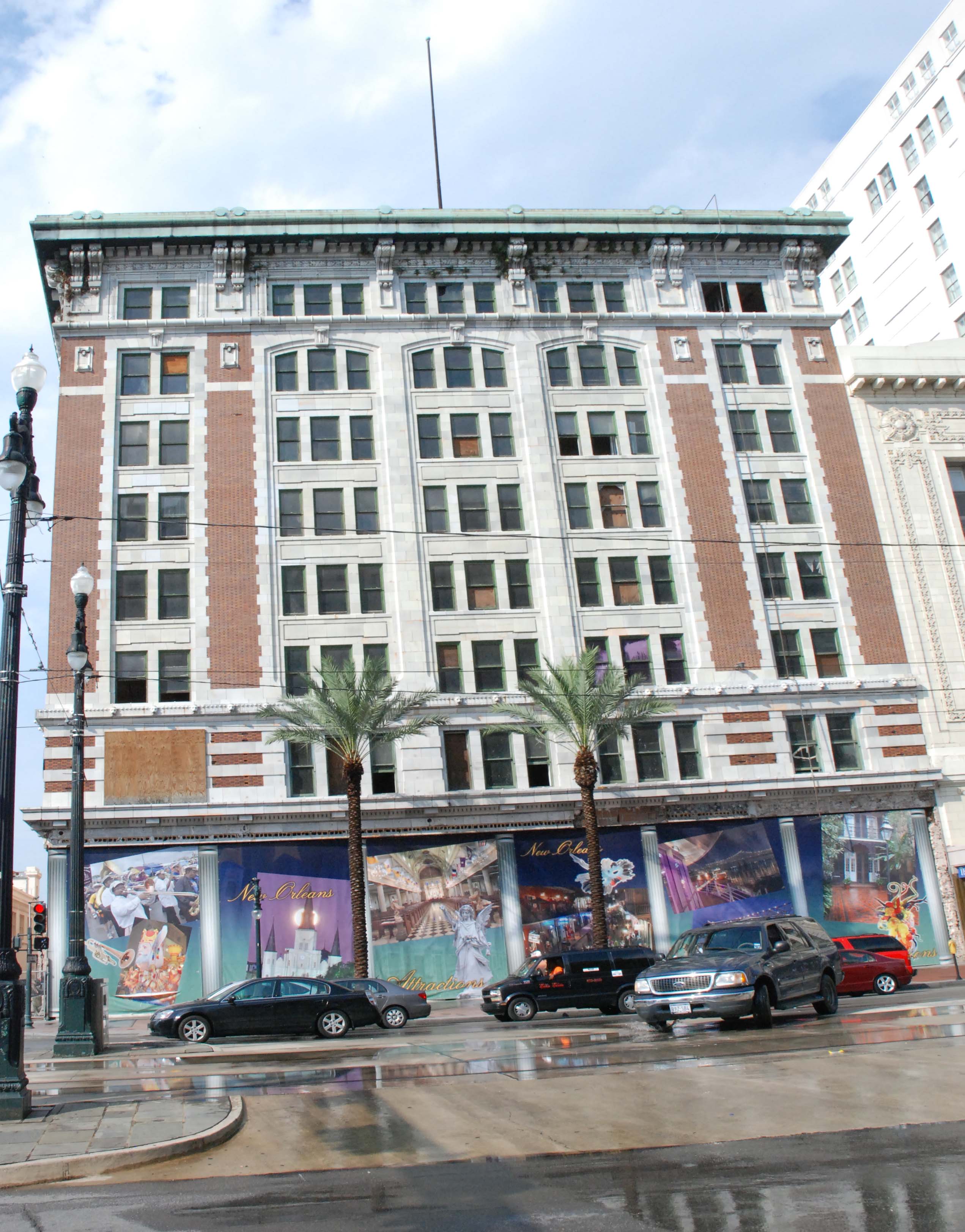 A former condo project along the Canal Street corridor is being converted into what the developer calls an “upscale boutique” hotel. The eight-story structure at the corner of Burgundy Street next to the Ritz Carlton will become the 180-room Hotel Indigo.

Louisiana Commercial Realty president Robert Hand, announced the finalized sale of 931 Canal St. to Mark Wyant for an undisclosed amount today. According to an online flier published in July, the property was appraised and listed for sale at $7.85 million. Published reports indicate it sold for $5.5 million.

Originally built in 1909 and known as the Audubon Building, the 131,000-square-foot layout will include a fitness center, Phi Bar & Bistro, and an on-site casual gourmet restaurant. Previous plans to turn the property into a Hilton hotel never materialized.

According to a release from Louisiana Commercial Realty, the foreclosed property had been vacant for more than three years when the company began marketing the property in last July. Wyant reportedly qualified for between $3 million and $5 million in state and federal credits to complete the purchase as a result of the building’s historic status.