Just out today is the Bureau of Economic Analysis report on GDP by MSA, showing last year the New Orleans-Metairie economy grew almost twice the average pace at 8.0% compared to the U.S. at 4.09%. 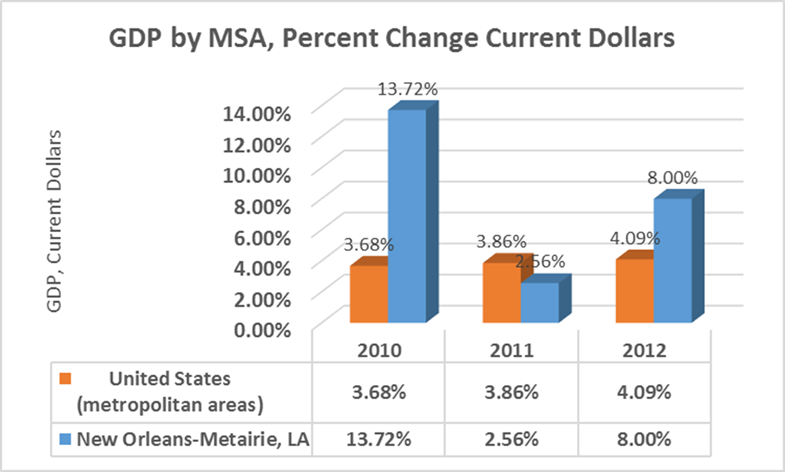 The New Orleans MSA was one of 305 Metropolitan Statistical Areas that experienced positive real growth in Gross Domestic Product in 2012, out of 381 MSA’s. 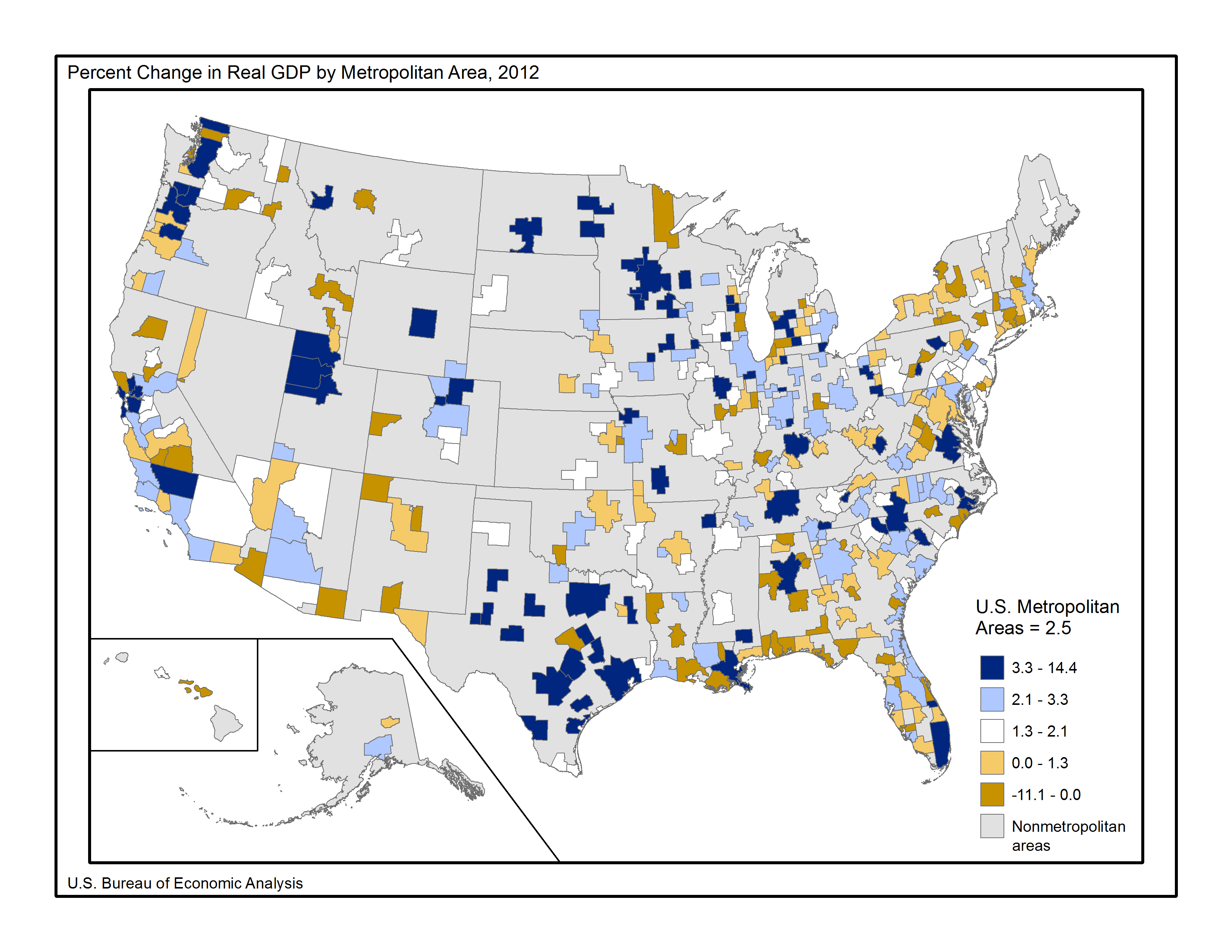 ? Growth in real GDP ranged from –11.1 percent to 7.6 percent with the fastest growth occurring in New Orleans-Metairie, LA and Greenville, NC. Growth in each of these metropolitan areas was spurred by mining and nondurable-goods manufacturing, respectively.

? Atlanta-Sandy Springs-Roswell, GA and Miami-Fort Lauderdale-West Palm Beach, FL—the two largest metropolitan areas in the region, and the 10th and 11th largest in the nation—experienced growth (2.6 percent and 3.5 percent, respectively), due to growth in information and real estate, rental, and leasing, respectively.

Map of GDP in Southeast Region 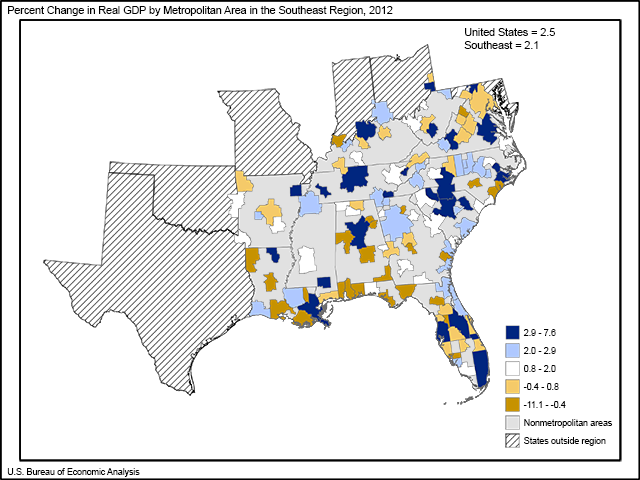 GDP can be determined in three ways, all of which should, in principle, give the same result. They are the product (or output) approach, the income approach, and the expenditure approach.

The most direct of the three is the product approach, which sums the outputs of every class of enterprise to arrive at the total. The expenditure approach works on the principle that all of the product must be bought by somebody, therefore the value of the total product must be equal to people’s total expenditures in buying things. The income approach works on the principle that the incomes of the productive factors (“producers,” colloquially) must be equal to the value of their product, and determines GDP by finding the sum of all producers’ incomes.

Note: “Gross” means that GDP measures production regardless of the various uses to which that production can be put. Production can be used for immediate consumption, for investment in new fixed assets or inventories, or for replacing depreciated fixed assets. “Domestic” means that GDP measures production that takes place within the country’s borders. In the expenditure-method equation given above, the exports-minus-imports term is necessary in order to null out expenditures on things not produced in the country (imports) and add in things produced but not sold in the country (exports).

What is the New Orleans MSA?

The metropolitan (statistical) areas used by BEA for its entire series of GDP statistics are the county-based definitions developed by the Office of Management and Budget (OMB) for federal statistical purposes and last updated in February 2013. OMB’s general concept of a metropolitan area is that of a geographic area consisting of a large population nucleus together with adjacent communities having a high degree of economic and social integration with the nucleus.

New Orleans–Metairie-Kenner Metropolitan Statistical Area, or the Greater New Orleans Region (as it is often called by the Louisiana Tourism Commission) is a metropolitan area designated by the United States Census encompassing eight parishes (the Louisiana equivalent of other states’ counties) in the state of Louisiana, centering on the city of New Orleans. As of the April 1, 2012 estimate, the metropolitan statistical area (MSA) had a population of 1,227,096. The New Orleans-Metairie-Hammond combined statistical area (CSA), a ten-parish area, had a population of 1,452,502.