New Orleans commercial real estate depends on a thriving national economy. We just experienced, in 2008, the worst recession in history, and New Orleans managed to pull through due to reconstruction spending which kept the unemployment rate in the 4%-5% range compared to the national average at 7%-9%. As the FEMA funds dwindle down, the national economy will play a bigger role in the continued growth of the local economy, which is driven by the hospitality, medical, petrochemical industries. 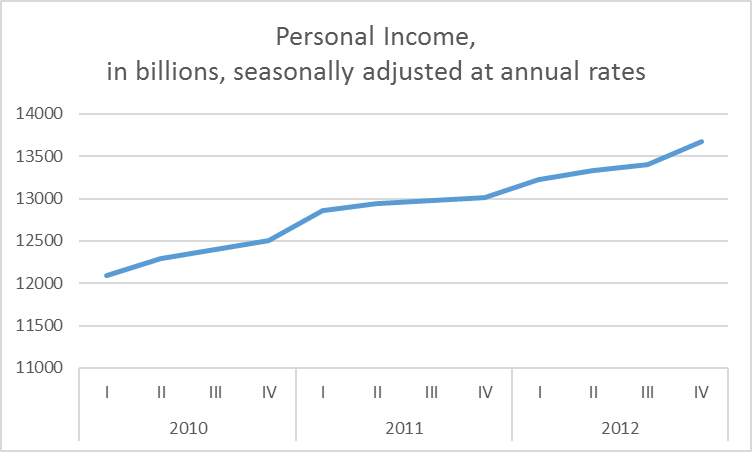 Personal income since 1980 shows steady growth and a nasty decline in 2009 due to the recession. 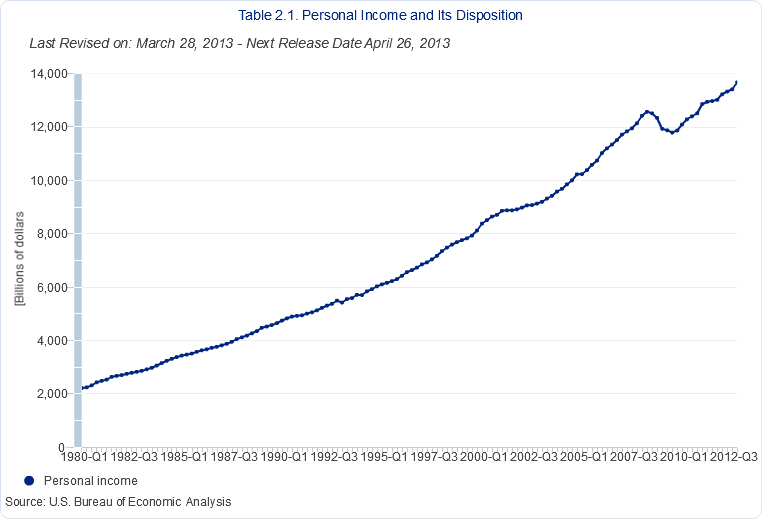